Podziel się na Facebooku
Tweet (Ćwierkaj) na Twitterze
Archbishop Marek Jędraszewski announced the decision to open the canonization processes of the Servant of God Emilia Wojtyła née Kaczorowska and the Servant of God Karol Wojtyła – senior, parents of St. John Paul II.
The Metropolitan of Cracow announced that having obtained the approval of the Congregation for the Causes of Saints, the archdiocese has opened beatification processes for the parents of Saint John Paul II. Edicts signed by Archbishop Jędraszewski opening the cause bear the date March 2.
The relevant documents will be handed over to the parishes of the Archdiocese of Cracow in the coming days and the faithful will be informed about the beginning of the process. They are asked to send to the Metropolitan Curia in Cracow until May 7, 2020, any documents, letters or messages concerning the Servants of God, both positive and negative.

In October 2019, the Polish Bishops’ Conference agreed (nihil obstat) to begin by the Archdiocese of Cracow the process of beatification of the parents of John Paul II. It gave the opportunity to ask the Holy See to start the process at the diocesan level.

Emilia née Kaczorowska and Karol Wojtyła senior got married on February 10, 1906, in Cracow. The couple gave birth to two sons: in 1906 Edmund and in 1920 Karol junior, as well as daughter Olga, who died soon after birth. After the death of his wife in 1929, Karol Wojtyła senior raised his children alone. He died in 1941 in Cracow.

The immediate family strongly influenced spiritual and intellectual development of the future Pope. Karol Wojtyła senior as a father was a deeply religious, hard-working and conscientious man. John Paul II repeatedly mentioned that he had seen his father kneeling and praying even at night. It was his father who taught him the prayer to the Holy Spirit which accompanied him to the end of his life.

Emilia Wojtyła graduated from the monastery school of the Sisters of Divine Love. With full dedication and love, she ran the house and looked after the sons Edmund and Karol. 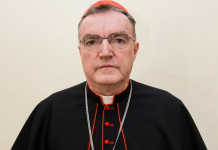 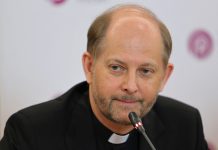