Discernment should be made in freedom; it is a spiritual reality and a gift from the Holy Spirit and not a psychological technique; it is preferable that it be made in a community – these are the conclusions of the seventh day of the XV General Assembly of the Synod of Bishops on the young. As reported by the Synod Fathers from Poland, the discussion also emphasized the value of sacramental life.

“The accompaniment of people in their discovery of their calling cannot be manipulative or self-imposition on young people,” emphasized Msgr. Grzegorz Ryś, Metropolitan Archbishop
of Lodz, summing up this new day of the session of the Synod of Bishops on the young. As he reported, the subject that returned during today’s meeting was freedom. The bishops stressed that accompaniment should help the young person to form his/her conscience in freedom and, then, to decide responsibly what to do.

During today’s debate, as Archbishop Ryś pointed out, attention was paid to the fact that discernment is not a psychological technique, but a spiritual reality. He said that the ability to discern is a gift from the Holy Spirit and that the process of accompaniment is to “ultimately lead the person we help to experience the encounter with the Lord Jesus in the Holy Spirit and not only receive a psychological response.”

Archbishop Ryś, referring to the meeting, also stressed that discernment is to be done and is done best in a community. The community is “the testing of a person’s holiness.” As he reported, some of the Synod Fathers even said that “there is no such thing as individual, private sanctity, but it always functions in a community.” However—Archbishop Ryś emphasized—in order for the community to help make a good discernment, it should have some objective outside of itself. This objective may be, for example, going out to meet the poor. “Then, in the joint action, the charisms and the calling of individual persons appears,”
he said.

Bishop Marian Florczyk added that today’s speakers at the Synod tried to put the process of
discernment and accompanying people in their discernment in the social context. He emphasized that discernment does not mean approving every young person and each one’s
actions or thoughts, but rather showing show people, in freedom and in truth, the moral value of their deeds. “One cannot be a good spiritual father without emphasizing the model of humanity, that is, Jesus Christ,” he said.

During today’s meeting, the accent was also put on the value of sacramental life on the path of discernment and at the moment of making decisions, observed Bishop Marek Solarczyk, the chairman of the Youth Ministry Committee. He noted that, in this situation, the sacrament of Confirmation is particularly important for the young. “It is a moment when young people, who are discovering their place in the community of the Church, want to be missionaries and, with the power of the Holy Spirit, witnesses of God’s mystery for others.” 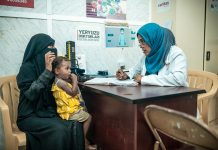 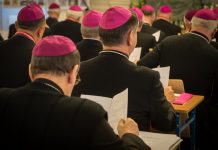 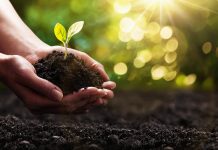