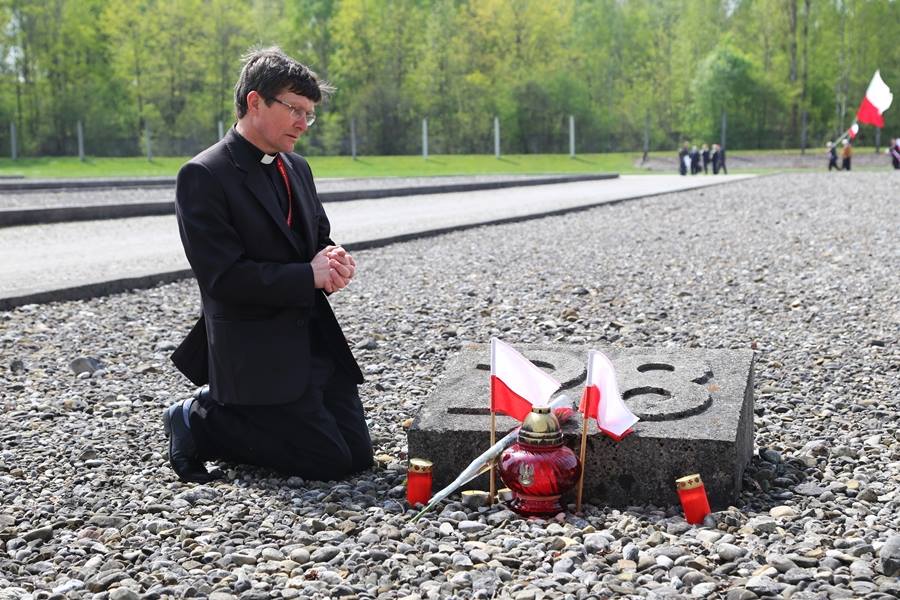 On Thursday, April 29th, we celebrate the National Day of Martyrdom of the Polish Clergy, on the 76th anniversary of the liberation of the concentration camp in Dachau. The main celebrations, as every year, will be held at St. Joseph’s Sanctuary in Kalisz. At noon, Holy Mass will be presided over by Bishop Grzegorz Suchodolski of Siedlce.

The Chairman of the Polish Bishops’ Conference, Archbishop Stanisław Gądecki, recalled that the Dachau concentration camp was a special place of martyrdom of the Polish clergy. He stressed that Polish priests were treated worse in Dachau than other clerics, such as German priests. They were forbidden to celebrate Mass and other services.

The chairman of the Episcopate stressed that Dachau is a particularly important place for today’s clergy, because, there priests can learn the fortitude and sacrifice that the clergy of that time had. “Therefore, today, in a time where such circumstances do not exist, when we enjoy freedom, it is worthwhile for priests, who sometimes treat their vocation lightly and give it up for just any reason, to see what the real priesthood is,” he noted.

The Day of the Martyrdom of the Polish Clergy, established by the Episcopate in 2002, is intended to commemorate the priests who were victims of totalitarian systems, especially Nazism and Communism. The celebrations in Kalisz continue the yearly thanksgiving of the priests imprisoned at Dachau for the liberation of the camp on April 29th, 1945. Fearing the liquidation of the camp, they entrusted themselves to St. Joseph and vowed that, if they survived, they would make an annual pilgrimage to St. Joseph’s Church in Kalisz. The camp was liberated on April 29th, 1945. The surviving Polish priests continued to fulfill their vow and made pilgrimages to Kalisz to give thanks for their survival. The last of them, Father Leon Stępniak, died in 2013.

Dachau was the main camp for Catholic, Protestant and Orthodox clergy. Of the approximately 3,000 Catholic religious, deacons, priests, and bishops imprisoned there, 1,773 were from Poland. 868 clerics were martyred in the camp, and the most of them belonged to the dioceses of Poznan (147), Wloclawek (144), and Lodz (112). Of the nearly 600 religious, the largest group of victims were Jesuits, missionaries, and Salesians.

On April 29th, 2015, on the 70th anniversary of the liberation of the German concentration camp in Dachau, bishops, and priests from all over Poland made a pilgrimage to the site.

This year’s celebration of the Day of the Martyrdom of the Polish Clergy will be broadcast from Kalisz by Radio Rodzina of the Diocese of Kalisz and the Internet Television “Dom Józefa.“