Home Episkopat Poland: 24th Day of Judaism in the Catholic Church in Poland 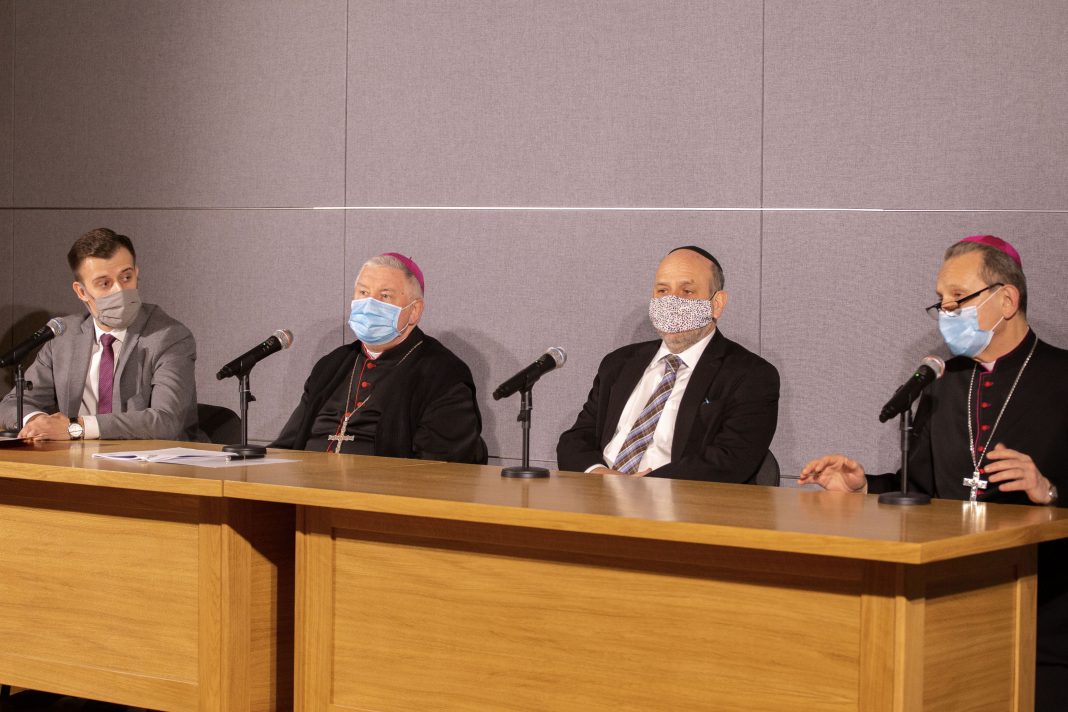 The Day of Judaism in the Church for me, Rabbi, is a holy day – said Rabbi Michael Schudrich during the press conference for the presentation of the 24th Day of Judaism in the Catholic Church entitled “Life and death ‘Here, then, I have today set before you life and prosperity, death and doom (Dt 30:15)'” which will take place on January 17.

The Day of Judaism is the beginning of an ecumenical week that will end with the Day of Islam in the Catholic Church. The Dialogue of the Catholic Church develops on 3 levels: ecumenical, interreligious and with the modern world – said Bishop Rafał Markowski, Auxiliary Bishop of Warsaw and since 2016 President of the Council of the Polish Bishops’ Conference for Religious Dialogue and of the Committee for Dialogue with Judaism. This does not mean that dialogue is easy – continued the prelate – but in it we seek those values which are common and for which it is worth fighting together.

For me it is very important to go back to who was at the beginning of the Day of Judaism in the Catholic Church in Poland – began Michael Schudrich, Chief Rabbi of Poland – and of course it was John Paul II who wanted it in 1998. It is important that there is a time during the year for the Catholic Church to deepen its roots. One of the most important things I learned from John Paul II – continued Rabbi Schudrich – is that when I know who I am, in the sense of faith, the more I am stable in my self-awareness of faith, the more I enrich myself and the others by knowing other faiths.

According to Bishop Romuald Kamiński, of Warsaw-Prague, we should dwell on some important issues such as our Jewish brothers’ faith in God, asking ourselves who they really are, what difficulties they have. This is why the Day allows us to stop and get to know each other, to dialogue, to ask and to thank for many things.

The prelate recalled some salient stages of the important and creative presence of Jews in the history of Warsaw-Prague which dates back to 1775, when they obtained the right to settle on the right bank of Warsaw and reaches up to the Nazi period which killed most of them in the German extermination camp of Treblinka and the communist period that dismantled the synagogue of the Jewish community of Warsaw-Prague erected in 1836.

Bishop Kamiński concluded his speech by arguing that it is our responsibility to ensure that this enormous wealth is not lost and can be passed on to the next generations.

The main program for the 24th Day of Judaism in the Catholic Church in Poland is celebrated in the Diocese of Warsaw-Prague and foresees meetings on 17 and 19 January. On the 17th there will be a moment of prayer at the Jewish cemetery, the liturgy of the word with comments from both Catholics and Jews and will end with a concert of Jewish music. Other Polish Dioceses have developed their own local program.