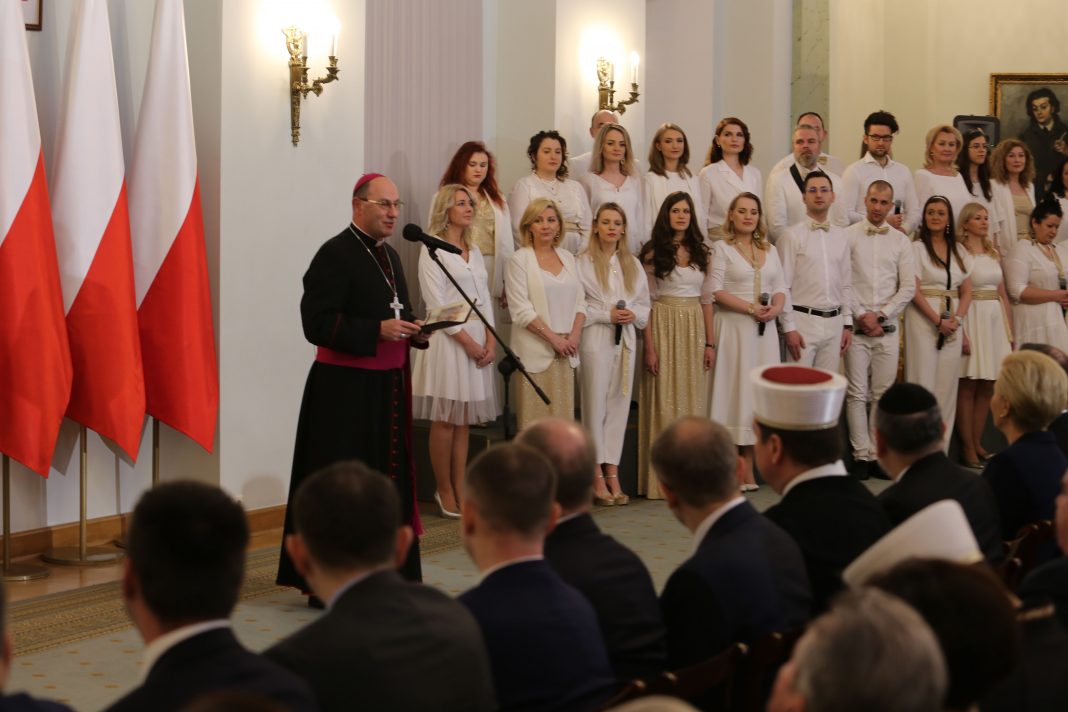 Our task was, is and will be the search for truth, harmony and unity in the international space, in the life of our Homeland and in the smallest communities, that is our families and local communities. This attitude was taught to us by John Paul II – said Archbishop Wojciech Polak, Primate of Poland, during the New Year’s Meeting of Representatives of Churches and Religious Associations with the Presidential couple, which took place on January 14 in the Presidential Palace in Warsaw.

The meeting was opened by President Andrzej Duda who greeted everyone with New Year’s wishes. In his speech he emphasized that this meeting reminds us of the historical dimension of our Homeland, the fact that over the centuries people of many nationalities, denominations and cultures lived in Poland, they found their place here, they settled here and brought their tradition creating what we today call Polish culture. The President also thanked all religious communities in Poland that they can live in peace and openness to dialogue.

Archbishop Wojciech Polak, Primate of Poland, gave a speech on behalf of the Catholic Church in Poland of various rites. He reminded the 80th anniversary of the outbreak of World War II last year. “The more our task was, is and will be the search for truth, reconciliation and unity” – he said. He also referred to the 100th anniversary of St. John Paul II’s birth and emphasized that “we need to hear his call for solidarity again”. Recalling the figure of Cardinal Stefan Wyszyński, he added that his beatification “is not only a joyful event long awaited, but a special sign of God’s Providence, which we should receive gratefully and understand properly”.