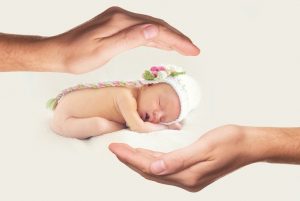 Under the motto “Covered with Mary’s mantle”, on the first Saturday of the month, September 7, the 3rd National Pilgrimage of the Spiritual Adoption of a Conceived Child to Jasna Góra took place. St. Pope John Paul II gave his blessing to this initiative. It is also supported by Polish Bishops’ Conference.

The meeting began with a Holy Mass in the Basilica and ended with a solemn service of putting on the mantle of Our Lady of Guadalupe and offering oneself to the Immaculate Heart of Mary.

The Polish Pope gave his blessing in 1994 to the prayer of spiritual adoption. For years, people who want to save unborn children at risk in their mother’s womb, have prayed it.

Polish bishops also support and encourage the initiative. Polish Bishops’ Conference encouraged to pray for every human life in a communication of the 382nd Plenary Assembly, which was held in Warsaw in March 12-14, 2019. They asked to undertake the work of spiritual adoption in all parishes. Polish bishops also supported all initiatives aimed at protecting human life.

Spiritual Adoption of a Conceived Child is a prayer commitment made for a child threatened with killing in the womb of the mother. It is a daily recitation of a special, short prayer for a child and one mystery of the Holy Rosary.

The idea of ​​spiritual adoption derives from England and France after the apparitions of Our Lady in Fatima. In Poland, the initiative has existed since 1987. The great contribution to the promotion of the work is due to Pauline monks. In 1995, the Central Center for the Promotion of Spiritual Adoption at Jasna Góra began its work. 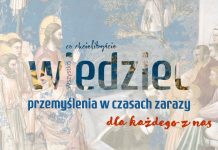 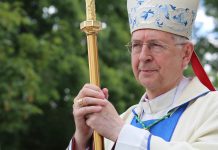