The prelate, pastor of the Church of Lodz, has been appointed to guide the diocese once led by Karol Wojtyla. Two very different social and ecclesial realities. The positive memories of the WYD 2016 and a reflection on the youths: “They are our hope”.

“Today, in the face of new challenges, we need to find equally convincing answers as those conveyed by my great predecessors”, the new Archbishop of Krakow Marek Jedraszewski, 67, to whom the Pope personally communicated the new appointment, told SIR. “Being the third successor of Saint John Paul II in Krakow is a great joy for me, but that feeling is coupled by the awareness of being called to maintain that very high level”, pointed out the prelate, acknowledging the fact of “partaking in a very challenging tradition.”

For four years you served as Archbishop of Lodz, where you promoted monthly meetings on dialogues of faith. Do you plan to continue the dialogues from your post in Krakow? I have already spoken about it with the bishops and priests. The cycle of meetings could begin also in Krakow next Spring. Obviously not in the Wawel Cathedral, but for example in the church of Saint Ann, near the Jagiellonian University. However they will have a different format because the Church of Krakow is very different from the Church of Lodz. I think that in Lodz I responded to a demand on the part of the local population, a yearning to speak with the bishop about important themes related to the life of the faith in the broad sense of the term. Many people attended the meetings, even though in Lodz the faithful have grown used to living their Sundays without Holy Mass, without prayer. Approximately only 10-12% of local inhabitants go to church.

Why?  Until recently Lodz was the second largest city in Poland, today it’s the third largest urban centre after Warsaw and Krakow, but it’s very different from the rest of the Country. After the Second World War women represented the most numerous work force in Lodz factories. They were employed in the great textile industry with night shifts even six days a week. In the 1990s the city still offered weekly nurseries. Mothers would bring their children on Monday and wouldn’t pick them up until Saturday. Women who only had Sunday off from work devoted the day to household chores, and often they even lacked the strength to go to Church. The church network in Lodz is not very tight also because Communist authorities didn’t allow the building of new places of worship in a working-class, “red” city. Never before had I seen so many tired, weakened women as in Lodz, which also registers a high rate of cancer patients due to unhealthy fabrics manufacturing conditions. Today the city, with low employment opportunities owing to the shutting down of textile factories, has gradually depopulated, and in a few years it could count up to 150 thousand less inhabitants.

You have been cultivating reflections on cross-generational relations. Could you tell us something about it? I think that to some extent a part of the older generations has already “removed” the young, and viceversa. The development of new technologies has caused a communication gap between the young and the adult-old generation. But it also happens that youths teach their parents or grandparents how to use a smartphone. This contributed to the lack of figures with recognized authoritativeness and prestige, as it once was. The youths belong to a new “social group” whose main feature is to constantly have to communicate with other members of the group whilst failing to establish close ties. But human beings’ self-accomplishment entails openness to others. It is a challenge we are called to face. As it happened, on the occasion of the WYD 2016 adults saw the young with renewed hope. I have met people who had hosted the young participants to the diocesan days preceding the WYD2016 in Lodz, in Pabianice and in Belchatow. Youths arrived from China or from South American Countries. The emotion that characterised the accounts of the meetings testifies to the fact that the youths brought with them a new quality, prompting that very feeling of wonder of one who discovers the authentic purity and joy of the young. This fact is reason for hope. Tears came to their eyes as they described the meetings, and I couldn’t but share their sentiments.

What could be done to ensure the continuation of the enthusiasm of the World Youth Day in Krakow? Approximately 2 million people participated in the last two days of the WYD, Saturday and Sunday, most of them Poles arriving from throughout the Country. It’s a very positive sign, harbinger of hope. I think that in our community a happy family is always a prevailing aspiration among the young. Despite the high rate of divorces in Poland, the latter are never viewed as a positive fact. A divorce is a defeat; it’s a tragedy. In many other Countries divorce is almost seen as a normal event. But Polish youths strongly yearn to find their happiness in a family, in conjugal life. In Poland it’s a very strong desire, and I think that until this desire prevails we will be “different” from other European Countries, in a positive way. 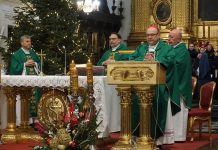 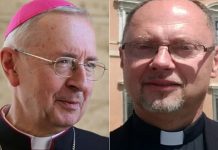