On Poland’s National Independence Day, Friday, November 11th, the Temple of Divine Providence will be opened to the faithful. The Poles have been committed to the realization of this project for 225 years.

In 1791, by the will of King Stanislaw August Poniatowski and in virtue of the resolution of the Four-Year Sejm, the Poles pledged to construct the church in thanksgiving for the adoption of the country’s first Constitution, which was also the third in the world. The work on the construction of this ex-voto, the future Temple of Divine Providence, was impeded in 1792 by the Partition of Poland and later by World War II. The communist authorities also expressed their opposition to this construction. The initiative to take this idea up again was already promoted in a free Poland by the Primate Cardinal Jozef Glemp. The work began in 2003.

On November 11th, Poland’s Independence Day, the Temple of Divine Providence will be opened to faithful for their use. The Eucharist, on this occasion, will be concelebrated by the Warsaw’s Cardinal Metropolitan Kazimierz Nycz and the President of the Polish Bishops’ Conference, Archbishop Stanislaw Gądecki, and Poland’s Primate, Archbishop Wojciech Polak. The Mass will be attended by representatives of Poland’s highest political authorities, led by President Andrzej Duda, the Speakers of the Parliament and the Senate, and the Prime Minister Beata Szydło.

At noon, a second Mass, including an Act of Thanksgiving and Trust in Divine Providence, will be celebrated. In the evening, the premier of Michal Lorenc’s “Alliance,” a concert prepared for the occasion, will be given in the temple. The Orchestra  of the Beethoven Academy and the choir Capella Corale Varsaviana will be conducted by Lee Reynolds.

The celebration of the Temple’s opening will continue until November 13th.

The construction of the Temple of Divine Providence has been supported by over 80,000 donors in the country and abroad. In connection with the Temple’s construction, the Center of Divine Providence, which contains among other things the Museum of John Paul II and Primate Wyszynski, was created. The Temple also houses the Pantheon of Great Poles, intended to be the place of burial and commemoration of Poland’s most distinguished patriots and people of culture and science. 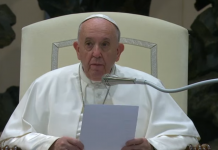 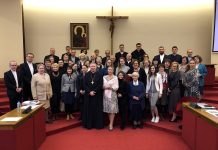 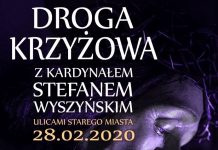