Strona główna Episkopat Poland: It was a year of important jubilees and decisions of the...
Podziel się na Facebooku
Tweet (Ćwierkaj) na Twitterze 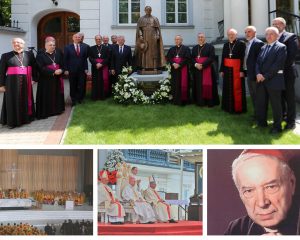 Announcement of the beatification of Cardinal Wyszyński, decisions to increase the protection of children and youth, the 100th anniversary of the Polish Bishops’ Conference and the restoration of diplomatic relations between the Holy See and the Republic of Poland – these are the most important events that took place in the Church in Poland in 2019.

“The year 2019 brought many joyful events, both for the Church in Poland and for our entire homeland. On October 3, 2019, Pope Francis approved the decree on the beatification of Cardinal Stefan Wyszyński, which will take place on June 7 in Warsaw” – said the spokesman of the Polish Bishops’ Conference, Fr. Paweł Rytel-Andrianik. He added that this would not be the only beatification of the Pole in the coming year. „On November 28, Pope Francis approved the decree on the martyrdom of the Servant of God, Fr. Jan Franciszek Macha from Silesia. This priest was beheaded by the Germans during World War II for his pro-Polish and pro-family activities”.

Fr. Rytel-Andrianik noted that in the past year decisions were taken by the Polish Episcopate to increase the protection of children and young people. „During the 382nd Plenary Assembly, bishops elected Archbishop Wojciech Polak as a Delegate of the Polish Bishops’ Conference for the Protection of Children and Youth. His role is to coordinate activities and communicate on matters related to the protection of minors against sexual abuse in the Church. In addition, bishop decided to establish St. Joseph Foundation of the Polish Bishops’ Conference. The foundation is to be a work of help and support for people sexually abused in childhood or youth in the Church community” – said spokesman of the Polish Episcopate.

Fr. Rytel-Andrianik also emphasized that this year’s many pilgrimages to Jasna Góra and Marches for Life were important events that prove Poles’ attachment to fundamental values. „Whole families took part in them to express their faith and to support life” – he said.

The spokesman of the Polish Episcopate pointed out that 2019 ends with the 42nd European Youth Meeting organized by Taizé in Wrocław. On this occasion, Pope Francis addressed a word to participants from around 70 countries in the world, in which he noted that a lot can be learned from Poles who remained faithful to Christ even when tempted by choosing the easier path. The Holy Father also emphasized that Poland is a country rooted in faith. 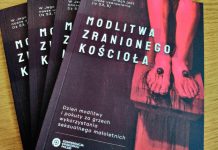 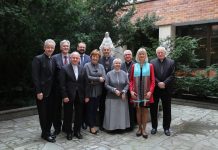