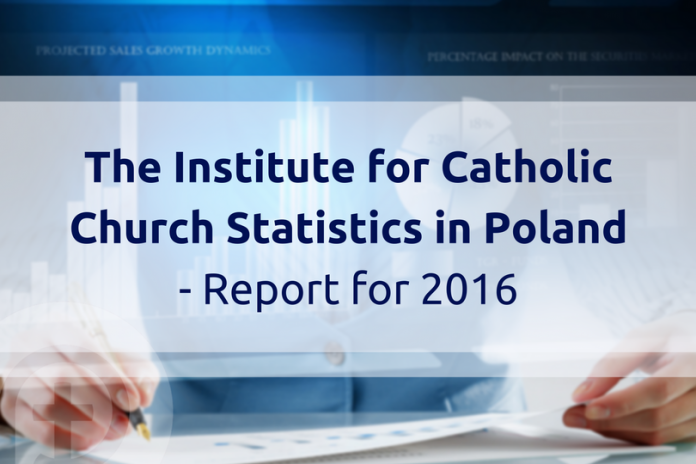 36,7% of Catholics participated in the Sunday Eucharist, and 16% received Holy Communion – results from the report published by the Institute for Catholic Church Statistics in Poland for 2016.

According to the report provided by the Institute for Catholic Church Statistics in Poland for 2016, 36.7% of all Catholics participated in the Sunday Eucharist, while 16% received the Holy Communion. This means that compared to 2015, the rate of dominicantes – that is Catholics participating in the Sunday Masses – fell by 3.1%, and the rate of communicantes – that is people receiving Holy Communion – by 1%. The highest rate of dominicantes (66.9%) and communicantes (25,3%) was in the diocese of Tarnow. At the same time, almost 48 thousand Masses were celebrated on every Sunday of 2016. Catholics chose most frequently Masses in the morning between 8 and 11.

The report of the Institute for Catholic Church Statistics in Poland also shows that in 2016 2.3 thousand seminarians studied in diocesan seminaries. The highest number of seminarians was registered in the diocese of Tarnow (175), Archdiocese of Warsaw (155) and of Przemysl (98). There were also 25 thousand priests in the Polish dioceses, among which the highest number in the diocese of Tarnow (1559), Archdiocese of Cracow (1182) and of Katowice (1071).

As far as male and female religious orders are concerned, there were in Poland 18 thousand nuns and 11.9 thousand friars. In addition, there were 83 contemplative monasteries in Poland, in which pray 1,300 nuns.

The report also shows that parishes are increasingly using modern means of communication and are active in the pastoral care of families. In 2016, almost 60% of parishes had their own websites. There are dioceses in which about 70-80% of the parish publish their newspapers. In 2016, there were 2,600 family counseling centers in Poland. A total number of over 100,000 people benefited from these centers.

“You can see that people become less and less open to the spiritual sphere, although almost all Poles feel attached to Catholicism. This is shown by the relative stability in the last five years. In 2015, there was a slight increase in the percentage of people attending Sunday Mass and receiving Holy Communion. In 2016, the percentage of dominicantes and communicantes decreased. The number of baptisms and sacramental marriages increased, as well as the number of children who received the First Holy Communion increased”, commented the report Fr. Wojciech Sadlon SAC, director of the Institute for Catholic Church Statistics in Poland. 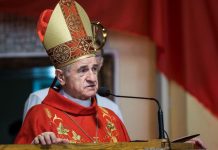 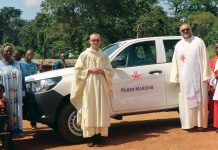