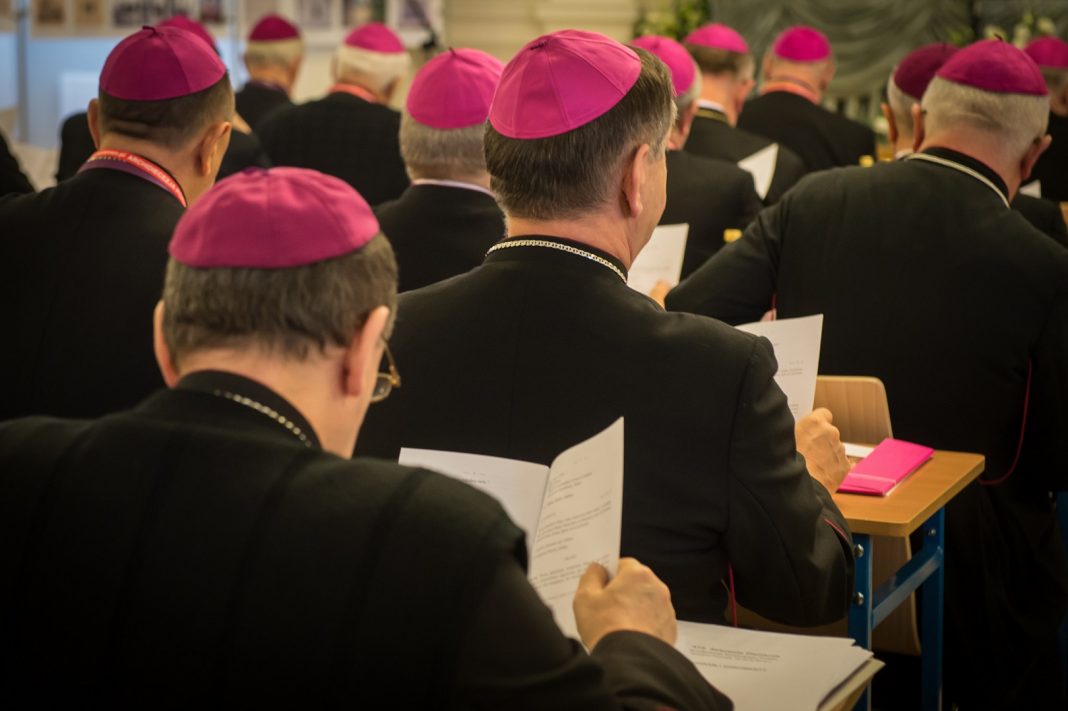 The Pastoral Challenges of the Church in Poland— “This will be the main topic of the Bishops’ deliberations, on October 5th and 6th in Lodz and Pabianice,” said Bishop Artur G. Miziński, Secretary general of the Polish Bishops’ Conference.

“Lodz is the place chosen for Plenary meeting because of the centennial anniversary of the establishment of the diocese of Lodz, which will begin soon,” explained Bishop Miziński. The jubilee celebrations will be announced during the Bishops’ meeting and they are scheduled to begin in December. The sessions will be held at the theological seminary in Lodz on Monday, October 5th, and the next day in Pabianice.

There will be a novelty—as Bishop Miziński noted—, that is work in five thematic groups. The first group will discuss the strategy during and after the pandemic. The subject will be introduced by Fr. Roman Chromy, Director of the Pastoral Office in Katowice and Secretary of the Pastoral Committee of the Polish Bishops’ Conference. The second group, led by Dr. Jerzy Szymik, a priest of the Archdiocese of Katowice, will speak about “The Church in Poland in the face of cultural changes.” The third group will address the issue of the Church’s presence in the socio-political sphere. This topic will be introduced and led by Fr. Piotr Mazurkiewicz, former Secretary General of the Commission of the European Union Bishops’ Conferences (2008-2012). The fourth thematic group will devote time to the Church’s communication. Its moderator will be the new spokesman of the Episcopate, Dr. Leszek Gęsiak, SJ. The topic of the discussions of the fifth group will be “Parish pastoral action in a context of changes.” Its moderator will be Fr. Wiesław Kamiński, Director of the Pastoral Office of the Archdiocese of Lodz.

“We believe that this new experience of working in groups on subjects related pastoral challenges of the Church in Poland and, then, having the relators of these groups share the conclusions of their discussions with all the Bishops by will bear good fruit. This will be important not for the reflection on these topics, but above all for setting priorities in individual areas or defining certain orientations of activities that will allow us to serve the Church in Poland more fruitfully,” said the Secretary General of the Polish Bishops’ Conference.

Bishop Miziński added that, apart from pastoral matters, another important issue at the next meeting will be the course of formation of priests in Poland and the document “Ratio institutionis sacerdotalis pro Polonia.” This part of the meeting will be chaired by Archbishop Wojciech Polak, Primate of Poland, who is the Chairman of the Committee for the Clergy. “Other questions will also be dealt with, such as legal matters and elections to various committees of the Polish Bishops’ Conference and institutions directly related to it,” said Bishop Miziński. The bishops will also speak about matters regarding the family raised by the Committee for the Family, as well as questions concerning the Committee for Divine Worship and the Discipline of the Sacraments.

The Plenary meeting will be combined with liturgical celebrations. On the first day of the deliberations, the Bishops will honor St. Faustina Kowalska. On the day of her feast, October 5th, the Eucharist, celebrated in the cathedral of Lodz at 6.00 p.m., will presided by Archbishop Salvatore Pennacchio, the Apostolic Nuncio in Poland. Saint Faustina Kowalska is the patron saint of Lodz. In this city, she worked as a servant in several families and received the first apparitions of Jesus that she described in her Diary.

On the second day of the meeting, in the morning, the Bishops will concelebrate Mass. under the leadership of the Primate of Poland, Archbishop Wojciech Polak, in St. Matthew’s Church, in Pabianice. “This church is especially important because it is here that Maximilian Maria Kolbe had apparitions of the two crowns,” Bishop Miziński highlighted. According to Father Maximillian Kolbe’s account, Mary showed him a red crown and white one—the white symbolized purity and the red one martyrdom— and then asked him which crown he wanted. He replied both. Father Maximillian died in Auschwitz, voluntarily giving his life for a fellow prisoner.

The meeting in Lodz, in addition to celebrating the diocese’s centennial anniversary, is also intended to recall the figures of St. Faustina and St. Maximilian Kolbe. It will end in the afternoon of October 6th. After the deliberations, a statement will be published. 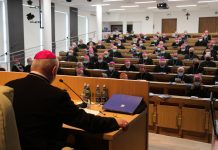 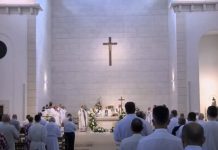 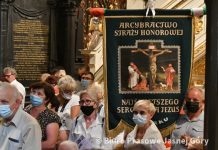