TOWARDS SPIRITUALITY OF VOLUNTEERING
Volunteering and Catholic Church in Europe

First European charities (e.g. hospitals, almshouses, hospices) and first civil society organizations (eg. confraternities, guilds, brotherhoods) were inspired by Christian faith in the God’s mercy and founded by the Church. In the Middle Age monasteries, dioceses and parishes developed wide system of charitable and social activity. The modern process of nationalization and secularization of social work gave rise to a special configuration of governmental and public involvement into social services which is often called as ‘welfare states’. Contemporary Europe is ruled by democratic values and strongly influenced by free market economics. In such situation the protection and promotion of social well-being is shaped by ‘third sector’ institutions and organizations and activity of citizens within civil society. Catholic Church takes care of both third sector and civil society: ‘Many experiences of volunteer work are examples of great value that call people to look upon civil society as a place where it is possible to rebuild a public ethic based on solidarity, concrete cooperation and fraternal dialogue’ (Compendium of Catholic Social Doctrine 420). In the second half of the 20th century civil society in Europe is strongly stimulated by European and national politics and strongly influenced by ‘human rights’ and equality agenda.

Our study on volunteering and especially ‘Catholic volunteering’ in Europe and this presentation is based on (1) existing data and research on volunteering in Europe; (2) expert panel conducted among 39 members of Council of Bishops’ Conferences of Europe (CCEE). In the panel participated -27 European Bishops’ Conferences representing 29 European countries. The expert panel was organized from March to July 2018. In the panel participated national experts of ‘Catholic volunteering’. Experts were asked to answer 29 open in-depth questions. The answers were analysed in the Institute for Catholic Church Statistics in Poland. Most crucial conclusions of the research include: 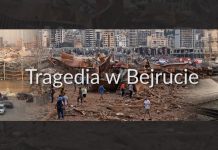 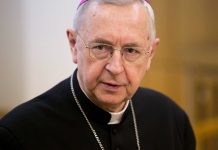