Home Episkopat 360,000 pilgrims registered for WYD
Share on Facebook
Tweet on Twitter
So far 360,000 people from 187 countries have registered for the forthcoming World Youth Day in Krakow (southern Poland), according to the WYD 2016 Organising Committee.

Some 560,000 pilgrims initially declared access to the WYD event, but by July 10 only 360,000 had concluded the entire registration procedure and chosen concrete service packages (transport, accommodation and food).

“We have always repeated that the meeting of young people with the pope is an open event. Everybody who wants to, can come to Krakow’s Blonia and to Campus Misericordiae in Brzegi to take part,” Bishop Damian Muskus said.

The bishop added that some 400,000 pilgrims had registered for WYD in Madrid and 1.5 million attended the event. A similar number of pilgrims is expected during this year’s World Youth Day in Poland.

The head of the WYD 2016 Organising Committee’s press office, Fr. Adam Parszywka, told PAP that a number of factors are likely to have an impact on how many people finally decide to take part in the event. Many may be encouraged by the fact that the July 8-9 NATO summit in Warsaw was a success with no security issues and that the EURO 2016 football championships in France were also free from security problems, Parszywka said. Other factors include weather, he remarked.

A special simplified “last minute” registration application will be open until July 22.

According to Bishop Muskus, who is the general coordinator of the WYD 2016 Organising Committee, the event’s organisers are still looking for accommodation for those pilgrims who arrive at the last minute without prior registration and will be looking for a place to stay on their own.

“When it comes to accommodation for those who have registered, this is 100 percent guaranteed,” Muskus said. He added that the organisers were still busy signing contracts with restaurateurs offering food to pilgrims. 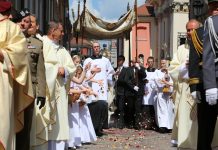 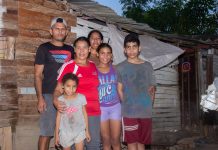 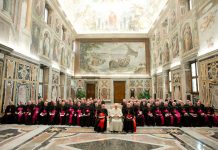