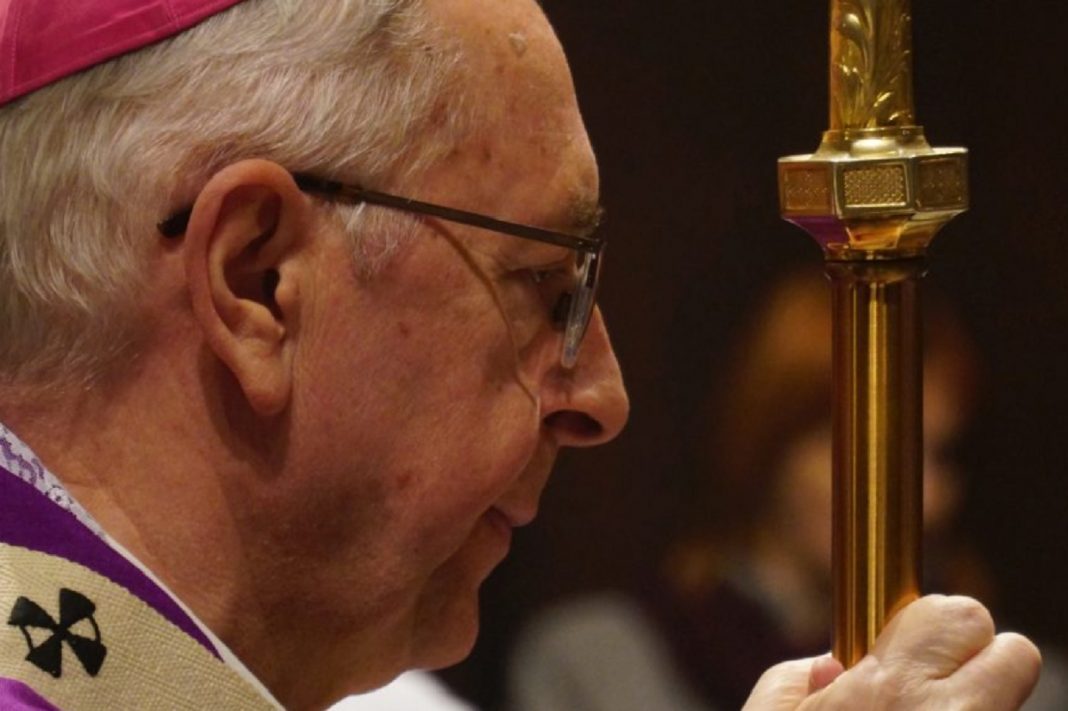 The scale of lies – supporting the thesis about a lesser evil – that arose around martial law was enormous, and many Poles still do not notice the extent of lawlessness and harm – said the President of the Polish Bishop’s Conference on the 40th anniversary of the introduction of martial law. Archbishop Stanisław Gądecki presided over Holy Mass at the church of Poznań’s Dominicans, where people prayed for the homeland during the time of martial law.

The Archbishop of Poznań recalled the most important facts related to the introduction of martial law, “which was the reaction of the communist authorities to the great movement – because it had about 10 million Poles -, which called for Poland’s sovereignty in all aspects of life, in particular for workers’ rights”. He mentioned that the preparations lasted over a year, and were controlled by such people as, the commander-in-chief of the Warsaw Pact troops, Marshal Wiktor Kulikow and people from his staff.

“And so – on Sunday 13th December 1981 at 6 am – Polish Radio broadcast a speech by General Jaruzelski, in which he informed Poles about the establishment of the Military Council for National Salvation (WRON) and the introduction – by a decree of the State Council – of martial law throughout the country, ”said Archbishop Gądecki.

The chairman of the Bishop’s Council emphasized that the imposition of martial law resulted in the death of about 100 people and the internment of 11,000 opposition activists, and one million people forced to emigrate. “However the overall consequences of martial law were much more serious. Cutting off contacts with the West for nearly a decade, economic ruin, and above all, killing the social activity that has been awakened since the establishment of Solidarity, ”noted the Archbishop of Poznań.

“The scale of lies – supporting the thesis about a lesser evil – that arose around martial law was enormous. Until now, many Poles do not perceive the extent of the lawlessness and harm that martial law was associated with. Even the basic thesis about the unlawful way of introducing it did not get through to people, perhaps because millions of them built the communist system and enjoyed its privileges, ”emphasized Archbishop Gądecki.

The President of the Polish Bishop’s Conference recalled that the reaction of Western countries highlighted the differences between them, as the governments of most Western European countries embraced the imposition of martial law with a hardly concealed relief, while the United States reacted strongly with opposition.

He also noticed that the reaction of St. John Paul II was unambiguous – the Pope emphasized the world’s solidarity with Poles and “inalienable human rights and the rights of the nation”, he also carried out diplomatic activities, demanding the lifting of martial law, respecting human rights and solving difficult issues through the method of dialogue. He recalled his letter to General Jaruzelski, in which he wrote that “the Polish nation deserves to be able to build its sovereign existence in conditions of peace and respect for the civic rights of all its sons and daughters.”

The Archbishop of Poznań encouraged the 40th anniversary of the introduction of martial law to become an impulse to look into the future. Quoting the encyclical of Pope Francis, Fratelli Tutti argued that the principle of solidarity is a moral requirement, inscribed in all interpersonal relations, helps to fight the structural causes of poverty, inequality, lack of employment, land and housing, negation of social and labour rights, it is a way of shaping history.

Referring to the papal document, Archbishop Gądecki also warned against local narcissism, concealing a closed spirit, which, due to insecurity and fear of others, prefers to build defensive walls to protect themselves.