Home Episkopat The Congregation for the Causes of Saints has given permission to begin... 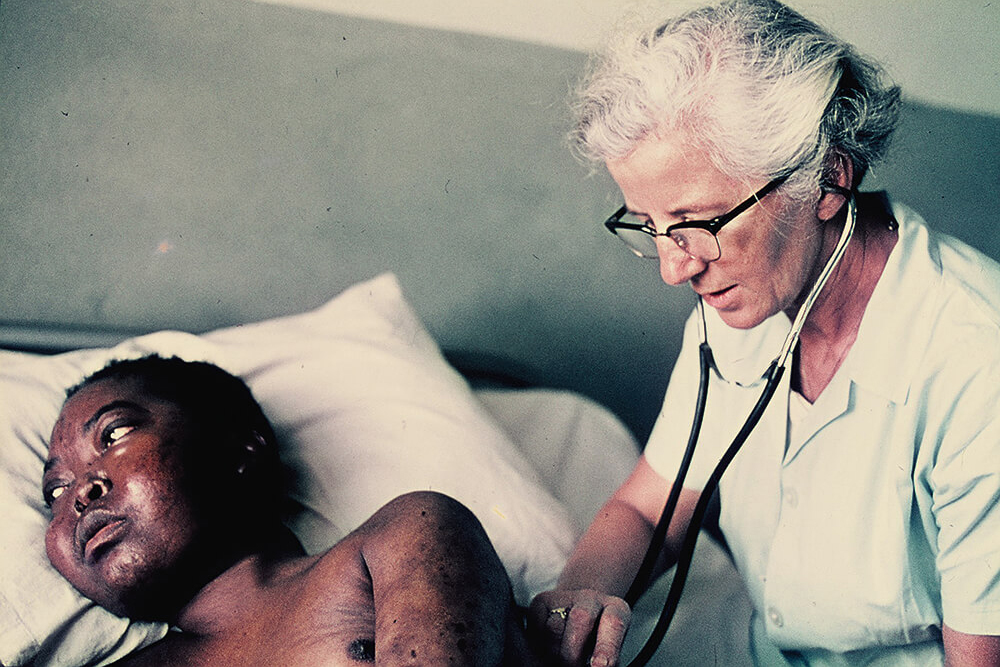 The Congregation for the Causes of Saints has given permission to start the process of beatification of the Polish doctor and missionary, Wanda Błeńska, also known as “the Mother to Lepers”, who spent 40 years in Uganda caring for lepers.

Nihil obstat was signed by the prefect of the Congregation for the Causes of Saints Cardinal Angelo Becciu. The process of beatification will be solemnly inaugurated in 2020.

“What she saw in the lepers was not just the disease. She saw the entire human being, along with their fears and hopes, who deserved, apart from professional care, respect and tenderness. She was called the Mother to Lepers” – said Archbishop Stanisław Gądecki in 2019.

Wanda Błeńska’s life was marked by sacrifice from her birth in 1911 in the city of Poznań. During WWII, she became a member of Poland’s underground Home Army (AK) fighting against the Nazi-German occupation. After the war, she emigrated to the UK where she graduated from the Liverpool School of Tropical Medicine.

From then on her life was connected with Africa, as in 1950 she left for Buluba, Uganda. There, in the St. Francis Hospital, she delivered help to the sick for over 40 years. She was especially involved in treating patients suffering from leprosy. Given Wanda Błeńska’s selfless dedication and kindness of heart, the leprosy centre was recognised as “Wanda Blenska Training Centre”. Another medical centre in Madagascar has also been named after her.

Wanda Błeńska returned to Poznań in 1993. She was also decorated by Pope John Paul II with the Order of St. Sylvester. Wanda Błeńska passed away in 2014 at the age of 103.