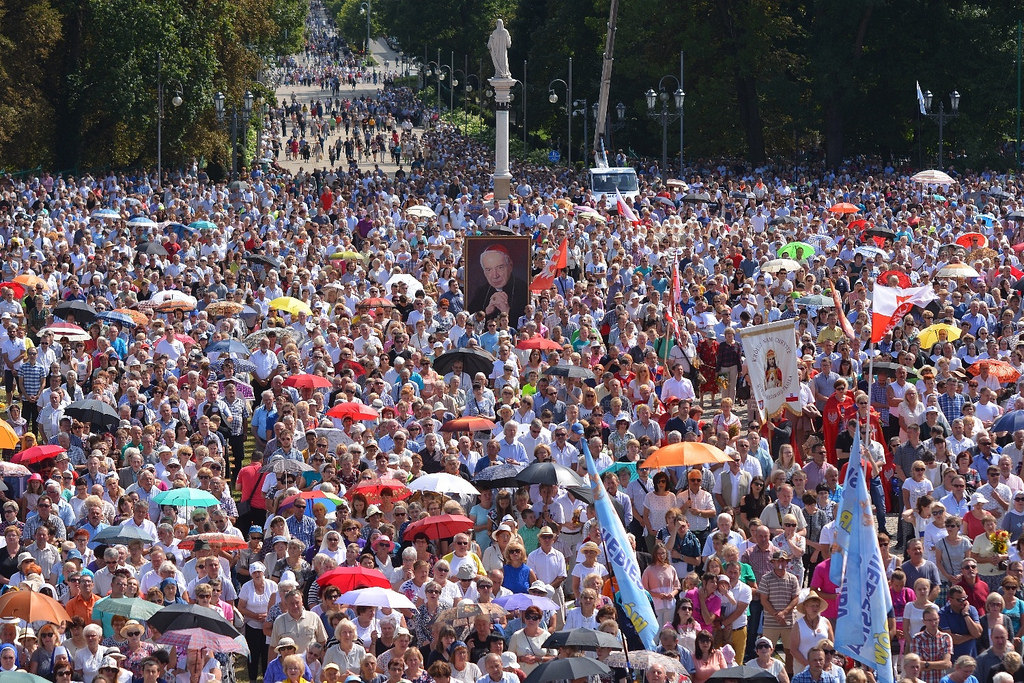 Anniversaries of the apparitions in Fatima and Gietrzwald, preparations for the synod of bishops about youth, celebrations of the 600th anniversary of the primacy in Poland, “Rosary to the Borders”, assistance to the victims of storms and war in the Middle East and announcement of the decree recognising the heroic virtues of Primate Stefan Wyszynski are the most important events of 2017, emphasized the spokesman of the Polish Bishops’ Conference, Fr. Pawel Rytel-Andrianik.

The spokesman of the Episcopate recalls that in the past year three important anniversaries connected with Mary were celebrated: the 100th anniversary of the apparitions in Fatima, the 140th anniversary of the apparitions in Gietrzwald and the 300th anniversary of the coronation of the icon of Our Lady of Czestochowa. “In June bishops, headed by the President of the Episcopate, Archbishop Stanislaw Gadecki, renewed the Act of the Consecration of the Church in Poland to the Immaculate Heart of Mary. The ceremony took place in the Sanctuary of Our Lady of Fatima in Krzeptowki, in Zakopane. Then this act was repeated in Polish parishes”, said the spokesman.

He added that the important moment related to Mary’s request expressed in Fatima and Gietrzwald was the secular prayer initiative “Rosary to the Borders”, thanks to which millions of Poles prayed at the same time for peace in the world. “It was the largest prayer event in Europe after World Youth Day in 2016. It is worth mentioning that many young people participated in this initiative”, emphasized Fr. Rytel-Andrianik.

The spokesman noted that 2017 was also a year of preparations for the synod of bishops dedicated to youth, which Pope Francis convened for 2018. “Young people were invited to fill out a special online survey, also available in the Polish language version. The collected material will serve as a source for the synodal deliberations. In the past year, a new pastoral program dedicated to the Holy Spirit and the sacrament of Confirmation also began. It will be realized in parishes within the next two years”, pointed out the spokesman of the Episcopate.

He also remarked that it was for the first time that the Day of Prayer and Penitence for the sins of sexual abuse of minors, established by the Polish Bishop’s Conference, was celebrated. “On the first Friday of Lent, we prayed for forgiveness for the grave sins of sexual abuse of minors. It is also worth mentioning that the Polish Episcopate in 2017 amended the Guidelines on dealing with cases of pedophilia, adapting them to the changes in the state Penal Code. In this matter, the Church in Poland is transparent and for years has been calling all milieus: zero tolerance for pedophilia”, said Fr. Rytel-Andrianik.

He stressed that the work of helping victims of military operations and refugees, among others in the Middle East, was continued. As part of the Caritas Polska “Family to Family” program, around 9,000 Syrian families, for a total sum of over PLN 30 million, were helped. The Poles turned out to be very involved in helping victims of the storms. Caritas Polska has collected so far over PLN 7 million for this purpose.

“The Polish Bishop’s Conference announced the document ‘Christian shape of patriotism’, in which the bishops wrote that love for their own country can never be an excuse for disrespect, aggression and violence”, reminded the spokesman of the Episcopate.

He also stressed that nearly 50 bishops from Poland and Europe participated in Gniezno in the solemn Mass inaugurating the 600th anniversary of the primacy in Poland. A special letter to the Primate of Poland Archbishop Wojciech Polak was directed by Pope Francis. In 2017 was also inaugurated the celebration of the 1050thanniversary of the bishopric in Poznan, the first in Poland.

“In conclusion, we can say that 2017 showed the Marian charism of our nation. It also showed a large charity commitment of Catholics both to those in need in Poland and abroad”, emphasized the spokesman of the Zaraz Będę Bishops’ Conference.