Home Episkopat Auschwitz: Eucharist for former prisoners with the participation of the Presidential Couple 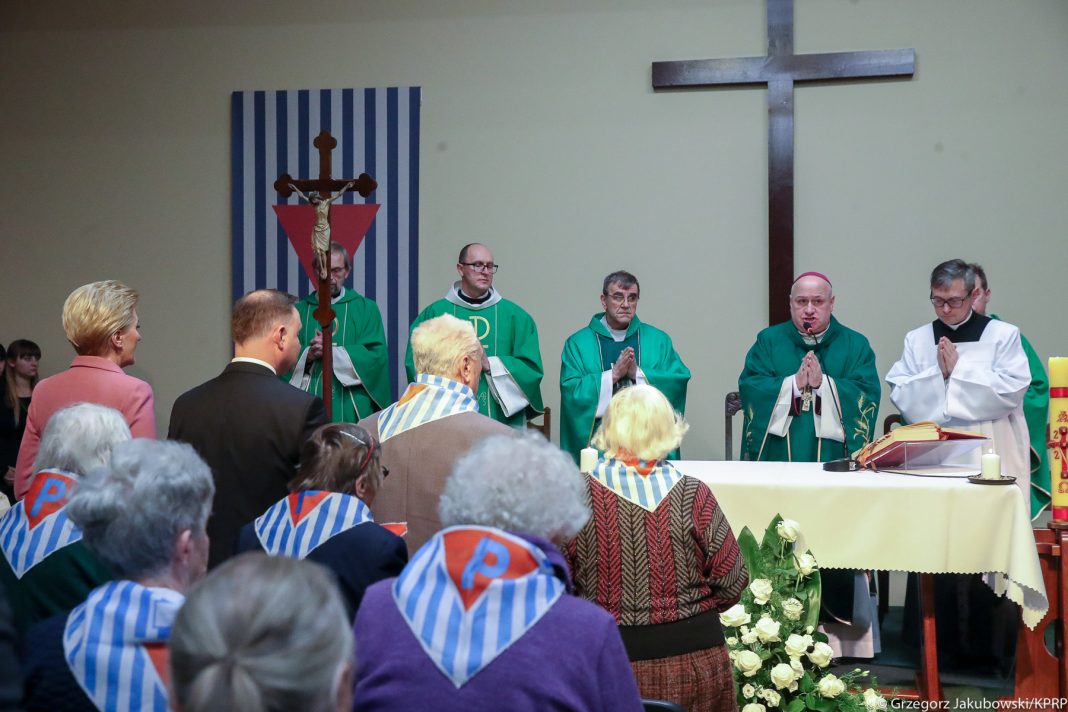 The truth about what happened behind the wires of the German Nazi concentration and extermination camp Auschwitz-Birkenau should not divide us in any way. Let us make an effort to build unity wherever we are” – said Bishop Piotr Greger, auxiliary bishop of the diocese of Bielsko-Żywiec, in the homily of the Holy Mass celebrated at the Center for Dialogue and Prayer in Oświęcim, on the eve of the official celebration of the 75th anniversary of the liberation of Auschwitz-Birkenau.

The Eucharist was attended by about 30 former Auschwitz prisoners, the President of the Republic of Poland Andrzej Duda and his spouse, representatives of the local Oświęcim community and employees of the Auschwitz-Birkenau State Museum and the Center for Dialogue and Prayer, as well as former Prime Minister Beata Szydło.

In his homily, Bishop Greger referred to the history of prisoners in concentration camps and pointed out the value of historical truth. “Historical reflection is always present, or at least should be, in every community” – he said.  “The truth about what happened here, behind the wires of the German Nazi concentration and extermination camp Auschwitz-Birkenau built on the outskirts of Oświęcim, should not divide us in any way. The sacrifice of the lives of these people, preceded by cruel martyrdom, should become a unifying force for contemporary society, not only those living on the Vistula” – he stressed.

The prayer of the faithful was read by former Auschwitz prisoner Jadwiga Wakulska from Lublin, who was born in Auschwitz-Birkenau in September 1944. Immediately after her birth, she was taken away from her mother for the experiments that a German SS officer and camp doctor Josef Mengele was carrying out.

The celebration of the 75th anniversary of the liberation of the German Auschwitz-Birkenau camp began on Monday at the Memorial with lighting candles and placing wreaths at the Execution Wall in the former Auschwitz I camp. The special delegate of Pope Francis for the celebrations is Cardinal Zenon Grocholewski.

In the Statement on this occasion, the bishops of Europe wrote that “the 75th anniversary of the liberation of the Auschwitz-Birkenau concentration camp, in the spirit of Pope Francis’ words, obliges us to expressly fight against all acts that trample on human dignity: racism, xenophobia and anti-Semitism. We cannot allow the truth to be ignored or manipulated for immediate political needs”.