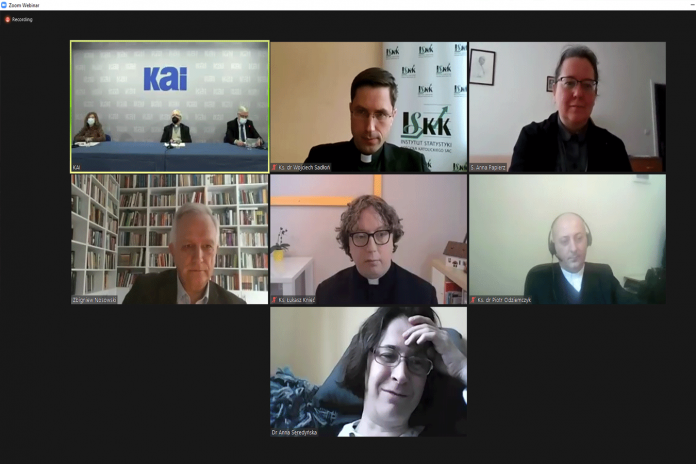 “Building a prevention system and supporting the injured parties must be a priority for the Church in the world and in Poland,” underlined the speakers of a Webinar regarding protection against child abuse, held on 13 January 2021 and addressed mainly to the Polish media to inform about the initiatives undertaken in this regard by the Church in Poland.

During the meeting, Fr. Adam Żak, SJ, Coordinator of the Polish Bishops’ Conference for the Protection of Minors and Director of the Center for the Protection of Minors, presented the former situation of unawareness about the problem at a global level. He stated that it was only thanks to St. John Paul II—who in 2001 promulgated with the Motu Proprio Sacramentorum Sanctitatis Tutela “the norms concerning the most serious crimes reserved for the Congregation for the Doctrine of the Faith”—that awareness about them was raised and the search for a common response to these problems, encountered in other countries before Poland, began. Here, as elsewhere, the same mistakes as in other nations were made initially (denial, unawareness) because of the lack of experts capable of dealing with the emerging issues. Therefore, study paths began. In recent years, the pace suddenly accelerated, thanks to the creation of increasingly effective service structures composed of experts in the defense of minors and the support of abuse victims.

Father Adam Żak said that the Church is currently the only institution in Poland that is thinking globally about the protection of minors. He added that there is still no national strategy for their protection.

The St. Joseph Foundation of the Polish Bishop’s Conference, active since January 2020, deals with the financial support for people who are victims of sexual abuse in the church in 5 spheres, enumerated by Marta Titaniec, member of the Board of Directors: 1) economic aid to meet the costs of therapy; 2) co-financing of the Child Protection Center at the Ignatianum Academy in Krakow, where agents receive psychological, pedagogical and spiritual training; 3) co-financing the professional training for people (especially lay people) working in ecclesiastical institutions dedicated to helping victims; 4) co-financing the victim assistance system, such as the regional center in Poznan and two support groups: one as a part of the initiative “Wounds in the Church” and the other supported by the Foundation for accompaniment of families in Krakow; 5) financing the formation of those who take care for priests and religious convicted of pedophilia. The Foundation is financed by the members of the Polish clergy, who contribute directly by paying an annual personal fee, said Titaniec.

Regarding the Center for the Protection of Minors (COD), Dr. Anna Seredyńska said that the Center has so far trained over 6,000 people—including priests, religious, and laity—who, in various ecclesiastical institutions, implement the principles for the protection of minors against sexual abuse. On the initiative of the COD, the Ignatianum Academy in Krakow launched postgraduate studies in the field of prevention of sexual violence against children and young people.

In all the dioceses and male religious communities, Delegates responsible for receiving reports about sexual crimes committed by the clergy against minors have been active for about 5 years while more recently the figures of spiritual accompaniment for the victims have been included, for the prevention of any future cases, and for the surveillance of the persons who committed the crimes.

One of the first graduates of this Center, Fr. Dr. Piotr Odziemczyk, who is currently Delegate for the protection of minors of the Archdiocese of Warsaw, declared that adequate preparation is essential to welcome the injured people in the best possible way without harming them more.

“People who have been wounded bear great pain within them, but they also have great strength to fight against it. There is great hope in their strength, and hope is the essence of the Church. I believe that this hope is also edifying for the Church,” said Fr. Łukasz Knić, Spiritual Assistant to abuse victims in the diocese of Opole.

Dedication to the problem of the protection of minors and the development of specific standards to ensure their safety is indispensable for the Women’s Religious Institutes that run many educational and care institutions, said Sr. Anna Papierz, educator.

Zbigniew Nosowski, Spokesperson for the “Wounded in the Church”—which has been receiving requests for help over the phone for nearly two years and launches a personalized aid program for each request—stressed that the initiative is not engaged in prevention but offers support to victims. “These people call and ask for support precisely because they are dealing with an initiative of lay Catholics, and it is easier for them to trust.”

“Open communication is not a useless addition but a necessary element in facing this crisis: we must first learn to communicate ad intra and then ad extra. In other words, there will be no external communication (through the media to the public), unless we learn to talk about it within the ecclesial community,” underlined Fr. Piotr Studnicki, Head of the Delegate of the Polish Bishops’ Conference for the protection of minors.

Father Wojciech Sadłoń, Director of the Statistical Institute of the Catholic Church, provided statistics, specifying that the Institute is an independent body and not a part of the Polish Bishops’ Conference.

According to the data published by the Institute and the Center for the Protection of Minors, published in March 2019, from 1 January 1990 to 30 June 2018, 382 cases of sexual abuse against minors were reported, including 198 cases of minors under the age of 15 years and 184 cases over 15. Today’s study—specified P. Sadłoń—shows that abused male minors were the majority in the past and that, in recent decades, there has been an increase in the abuse of female minors, from 23% in the years 1980-1990 to 50% between 2011 and 2018.

This meeting is part of a path being followed by the universal Church and especially by the Church in Poland:

In 2009, the first guidelines of the Polish Bishops’ Conference were implemented.

In 2013, Fr. Adam Żak, SJ, was appointed Coordinator for the Protection of Minors of the Polish Bishops’ Conference.

In 2014, the Center for the Protection of Minors was founded within the Ignatianum Academy in Krakow, under the direction of Fr. Adam Żak, SJ.

In 2015, the new guidelines of the Polish Bishops’ Conference for the protection of minors were approved by the Vatican.

On 30 June 2015, Pope Francis made an appeal to the Bishops’ Conferences to establish a day of prayer and penance against the sexual abuse of minors by the clergy. In autumn 2016, the Polish Bishops’ Conference decided to organize this day in all Polish Dioceses. Since then, it has been held on the first Friday of Lent each year.

In 2019, the Polish Episcopal Conference approved the Statutes of the Saint Joseph Foundation, whose mission it is to protect minors in the church community, create support structures for the victims, and prevention of further abuse. 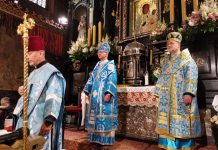 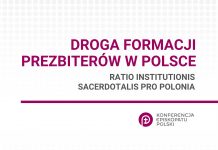 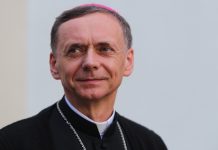