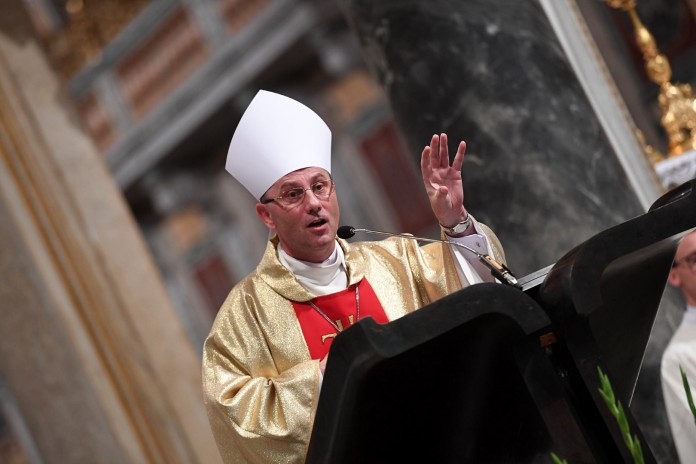 The Polish National Pilgrimage Being Held Oct. 20-23, Includes Masses in Four Patriarchal Basilicas and a Meeting With Pope Francis.

“Our history has born witness to this particular spiritual bond with the Holy See, especially during the 38 years of the pontificate of our beloved Pope from the Polish nation, St. John Paul II,” said the Polish Primate Archbishop Wojciech Polak, on Oct. 21, at the Lateran Basilica, during the National Pilgrimage.

The Polish Primate reminded the faithful that the first ruler of the Poles published a kind of testament, before his death at the end of the 10th century, known in history as the Dagome iudex, placing his state of Gniezno under the spiritual care of the Holy See. In this way, he established a special bond with the See of Peter in Rome.

“This spiritual offering of the young state to the Holy See had a very important symbolical meaning, because in this way Mieszko I insisted that his monarchy is part of the Christian world and is in a direct relationship with the successors of St. Peter and puts itself under their care,” said Archbishop Wojciech Polak.

The Polish National Pilgrimage is being held Oct. 20-23. Masses in four Patriarchal Basilicas and a meeting with Pope Francis, on Saturday, Oct. 22, are the highlights of this pilgrimage.