As each year in the Octave of the Nativity of Our Lord, we are celebrating the Sunday of the Holy Family. Our thoughts go to our families as we contemplate the situation of the modern-day family. Today’s Gospel tells us that in difficult and unclear situations, the Family of Nazareth tried to understand and fulfil God’s will and by so doing came out renewed of such situations. This behaviour tells us that today like in the past, obeying God and His sometimes impenetrable will guarantees family happiness.

Blessed John Paul II, whose canonisation we are now awaiting, recalls that the truth about the institution of marriage “is above the will of individuals, the whims of particular marriages, as well as decisions of social and government bodies” (23.02.1980). This truth comes from God, for “God himself is the author of marriage” (GS, #48). God created the human being as a man and a woman and made the existence – in flesh and in spirit – of a man “for” a woman and a woman “for” a man a great and irreplaceable gift and task of married life. God based the family on the foundation of marriage joined for life by the unbreakable and exclusive bond of love. He decided that such family will be a suitable environment for bringing up children that the family gives life to and ensures their material and spiritual development.

This Christian vision is not an arbitrarily imposed norm; it transpires from an interpretation of the human nature, the nature of marriage and the family. Non-acceptance of this vision inevitably leads to the break-up of families and the defeat of the human being. The history of humanity has demonstrated that disregarding the Creator is always perilous and threatens a man’s and the world’s happy future. Hence attempts to impose a different definition of marriage and the family on us by supporters of the gender ideology, among others, that we hear in some media must raise the highest concern. Confronted with increasing attacks against different aspects of family and social life coming from this ideology, we are compelled to speak out clearly in defence of the Christian family and the fundamental values that support it, on the one hand, and, on the other, to warn against threats stemming from propagating new forms of family life.

The gender ideology is the product of many decades of ideological and cultural changes that are deeply rooted in Marxism and neo-Marxism endorsed by some feminist movements and the sexual revolution. This ideology promotes principles that are totally contrary to reality and an integral understanding of human nature. It maintains that biological sex is not socially significant and that cultural sex which humans can freely develop and determine irrespective of biological conditions is most important. According to this ideology, humans can freely determine whether they want to be men or women and freely choose their sexual orientation. This voluntary self-determination, not necessarily life-long, is to make the society accept the right to set up new types of families, for instance, families built on homosexual relations.

The danger of gender ideology lies in its very destructive character both for men, people contacts and social life as a whole. Humans unsure of their sexual identity are not capable of discovering and fulfilling tasks that they face in their marital, family social and professional lives. Attempts to form different types of relations de facto seriously weaken marriage as a community created by a man and a woman and the family built on marriage.

We see different attitudes formed in reaction to actions demonstrated by advocates of the gender ideology. A decisive majority has no idea what this ideology is about and consequently does not feel threatened by it. A small group of people, particularly teachers and educators, as well as Catechists and pastoral ministers, tries to find their own constructive ways to counter this ideology. Finally there are those who, seeing the absurdity of this ideology, believe that Poles will reject the utopian visions they are presented with. Meanwhile, without public knowledge or Poles’ consent for many months now the gender ideology has been slowly introduced into different structures of social life: education, health service, cultural and education centres and non-governmental organisations. Some media portray this ideology in a positive way: as a means to counteract violence and to aim for equality.

The community of the Church advocates an integral view of man and his sex, recognising his flesh/biological, mental/cultural and spiritual dimensions. There is nothing wrong with research on the impact of culture on sex. What is dangerous, however, is to argue on the basis of ideology that biological sex has significance in social life. The Church unequivocally opposes discrimination on the grounds of sex, but at the same time recognises the danger of eliminating the differences existing in the sexes. The fact that there exist two sexes is not the source of discrimination; it is the lack of a spiritual reference, human selfishness and pride that need to be continually overcome. The Church will never agree to debasing persons with a homosexual inclination, but at the same time it strongly underscores that homosexual activity is profoundly disorderly and that marriage as a community of a man and a woman as a social phenomenon cannot be put on par with a homosexual relationship.

On the feast of the Holy Family we fervently appeal to Christian families, representatives of religious movements and Church associations and to all people of good-will to courageously engage in actions that will disseminate the truth about marriage and the family. The need for education in the formative environment is now greater than ever before.

We also appeal to institutions responsible for Polish education not to yield under pressure from the few but very loud groups with not inconsiderable financial resources, which in the name of modern education carry out experiments on children and young people. We call on educational institutions to engage in the promotion of an integral vision of man.

We ask all faithful for their impassioned prayer in the intention of marriages, families and the children they are bringing up. We ask the Holy Spirit for continuous light to let us understand and see the truth in what amounts to a danger and a threat not only to the family, but also to our Homeland and humankind. Let us also pray for the courage of being people of faith and courageous defenders of the Truth. May the Holy Family of Nazareth that brought up God’s Son Jesus Christ be our model to follow and our spiritual assistance in undertaking this effort.

In this spirit we give our pastoral blessing to all.

Signed: Shepherds of the Catholic Church in Poland

Text to be used in pastoral ministry based on decision of the diocese bishop on the Sunday of the Holy Family, 29 December 2013. 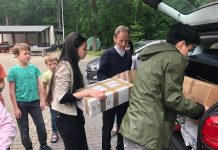 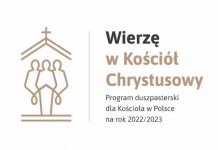 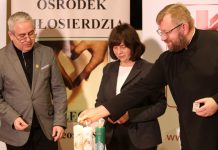