Strona główna Episkopat Poland: Pope Francis wrote a letter on the 90th anniversary of the... 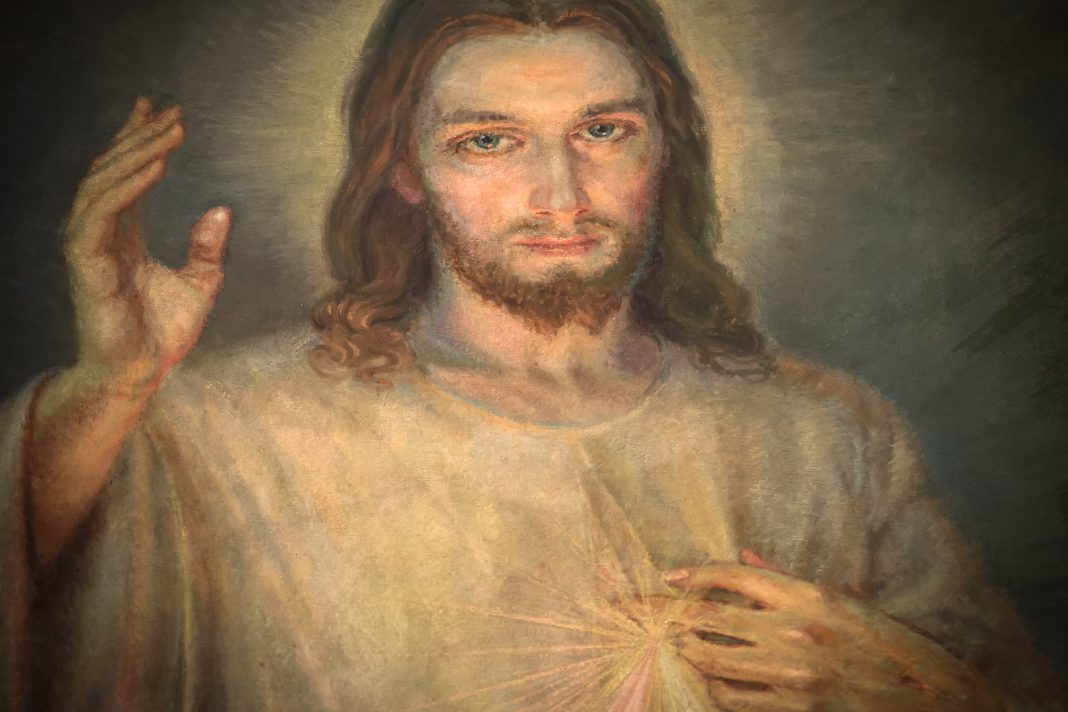 I would like to recall the words of the Lord Jesus recorded by the saint in her Diary: „Humanity will not know peace until it turns to the source of my mercy” – wrote Pope Francis in a letter to the Bishop of the diocese of Płock (Poland), Piotr Libera, on the occasion of the 90th anniversary of the first apparition of Jesus Merciful to Saint Faustina Kowalska. It took place on February 22, 1931 in Płock.

The message of Divine Mercy was passed on to the world by Jesus through St. Faustina Kowalska (1905-1938), known as the secretary of Divine Mercy. Sister Faustina described Jesus’ revelations in the Diary at the request of the confessor. The first revelation concerned the painting of the Merciful Jesus.

In his letter, the Holy Father Francis recalls the words that St. Faustina then heard: „Paint an image according to the drawing you see, with the signature: Jesus, I trust in You. I want this image to be venerated first in your chapel and then throughout the world „(Diary, No. 47).

In his letter, Pope Francis affirms his spiritual connection with the celebration of the 90th anniversary of the first apparition of Jesus to St. Faustina „I unite myself in prayer with those taking part in the solemn celebration at the Sanctuary of Divine Mercy and participating in it through the media,” wrote the Holy Father, who expressed his joy that „this special event is already known in the world and remains alive in the hearts of the faithful. „.

„So I encourage you to turn to this Source. Let us ask Christ for the gift of mercy. Let it engulf us and penetrate us. Let us have the courage to come back to Jesus to meet His love and mercy in the sacraments. Let us feel His closeness and tenderness, and then we will also be more capable of mercy, patience, forgiveness and love” – wrote the Holy Father Francis.

He emphasizes that St. John Paul II, the Apostle of Mercy, wanted the message of God’s merciful love to reach all inhabitants of the earth. The Holy Pope encouraged: „This fire of mercy needs to be passed on to the world. In the mercy of God the world will find peace and mankind will find happiness!” (Krakow – Łagiewniki, August 17, 2002).

In addition to this letter, Pope Francis said on Sunday, February 21 in the Angelus Prayer: „Today my thoughts go to the Shrine of Płock in Poland, where ninety years ago the Lord Jesus manifested Himself to Saint Faustina Kowalska, entrusting a special message of divine mercy to her. Through Saint John Paul II this message reached the entire world, and it is none other than the Gospel of Jesus Christ, who died and rose again, and who gives us His Father’s mercy. Let us open our heart, saying with faith, „Jesus, I trust in You”.

Sister Faustina Kowalska described the first apparition of Jesus in her diary as follows: „In the evening, when I was in my cell, I saw the Lord Jesus dressed in a white garment. One hand was raised in blessing and the other was touching the garment at the breast. Two great rays emerged from the opening of the robe on the chest: one was red and the other pale / …/. After a while, Jesus said to me: paint an image according to the drawing you see with the signature: „Jesus, I trust in You”. „I desire that this image be venerated, first in your chapel, and [then] throughout the world”. 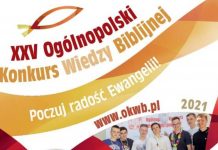 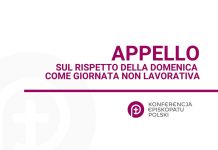 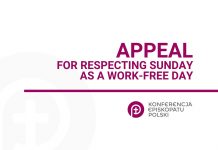 Bishops on the 1,700th anniversary of work-free Sunday: we encourage all to respect this tradition