Strona główna Episkopat Spokesman for the Polish Bishops’ Conference: This was the year of three... 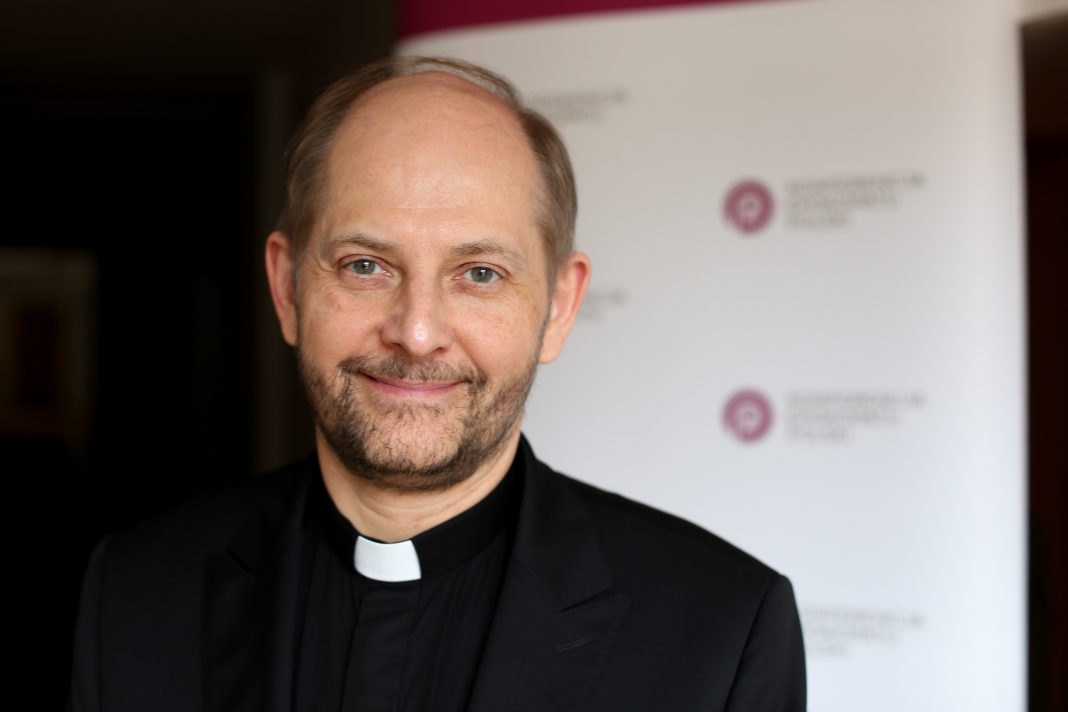 The year 2021 was the year of three important beatifications in the Church in Poland – Cardinal Wyszyński, Mother Czacka and Father Macha. They strongly marked pastoral initiatives and strengthened the community of believers, said the spokesman of the Polish Bishops’ Conference, Fr. Leszek Gęsiak SJ in his summary of the passing year.

The spokesman for the Bishops’ Conference noted that the beatifications of these venerable Polish servants of God, as well as the preparations preceding them, largely marked the pastoral initiatives undertaken this year and thus strengthened the community of believers around the new Polish intercessors in heaven. “Due to the jubilee anniversaries related to the life and ministry of the Primate of the Millennium, we went through the year 2021 under the patronage of Cardinal Stefan Wyszyński. Its culmination was the beatification, which took place simultaneously with the beatification of the Mother of the Blind, Elżbieta Róża Czacka. Throughout the year, symposiums, exhibitions, conferences, as well as May and June services devoted to these two venerable servants of God, and now blessed, were held, to remind people of the teaching of Cardinal Wyszyński and introducing the figure of Mother Czacka to all the faithful, especially the young generation,” emphasized Fr. Gęsiak. In turn, the beatification of Fr. Jan Macha drew attention to the heroic example of priests who, despite persecution and the threat of death, remain faithful to their priestly vocation.

The spokesman for the Bishops’ Conference further noted that 2021 was also full of important events for the Church in Poland. “Undoubtedly, one of the most important events was the ad limina apostolorum visit of the Polish bishops, who in October went to Rome in four groups. During press briefings organized at the headquarters of Vatican Radio, the bishops spoke about meetings in Vatican dicasteries and inspiring conversations with Pope Francis. It was a long-awaited visit delayed due to the Covid-19 pandemic. It shed light on various important issues in individual dioceses, as well as the challenges facing the Church in Poland”.

He added that the year 2021 was also the time when the Church in Poland was accounted for the crime and sin of sexual abuse of minors by some clergy. “The cleansing process is always painful, but without it you cannot move forward. The Church in Poland has taken a number of actions to account for the cases of abuse and cover-up of these crimes, as well as a whole series of preventive measures” said the spokesman of the Bishops’ Conference. He recalled that in September, the international Vatican conference on the protection of minors in the Church was held in Warsaw, which gathered representatives of the Churches of Central and Eastern Europe. „The participants of the conference had the opportunity to exchange experiences on the issues of assistance to victims of abuse, as well as actions to raise awareness about the problem in the Church and how to prevent such cases,” he added.

Fr. Gęsiak pointed out that the Covid-19 pandemic, which marked pastoral activities for the second year in a row, and the crisis on the Polish-Belarusian border „caused a wave of goodness from individual dioceses, parishes, faithful and charitable organizations, especially local Caritas. As in the previous year, many people joined together and individually to help those in need, both affected by the pandemic and in recent months by the unrest on the eastern border. Border parishes immediately organized support for refugees and their parishioners, who provided help to migrants that they encountered, while Caritas Polska organized the Tents of Hope as a base for charity organizations and border residents”.

2021 was also a year of many anniversaries. „In April, we celebrated the 1055th anniversary of the baptism of Poland, in May we commemorated the 40th anniversary of the attack on Pope John Paul II and the saving of his life, and in June we celebrated the 100th anniversary of the consecration of the Polish nation to the Sacred Heart of Jesus with a very meaningful renewal of the Act of Dedication to the Sacred Heart of Jesus. „- said the spokesman of the Bishops’ Conference. The ceremony was attended by the Bishops of Poland and many faithful. He added that in 2021 we also celebrated the Year of St. Joseph, which ended on 8th December, the start of the Amoris Laetitia Year of the Family – which will end in June 2022 – and will end with the World Meeting of Families in Rome, and the Jubilee Year of Jacob, extended for the entire next year due to the pandemic.

In turn, referring to the Synod of Bishops on Synodality, which Pope Francis inaugurated at the beginning of October, the spokesman of the Bishops’ Conference stated that „all Polish dioceses joined the synodal work at the diocesan stage through regular meetings, surveys, the publication of information materials and the appointment of persons responsible for coordination of other activities in the synod”. „You can see the great commitment of both clergy and lay people in parishes who want to meet and talk about the Church, which in itself is an expression of synodality,” he stressed.

„One should not forget about important documents issued this year by the Polish Bishops’ Conference” – noted their spokesman. “Particular attention should be paid to two of them: The path of formation of priests in Poland. Ratio institutionis sacerdotalis pro Polonia, which defines new rules for priestly formation in Poland, and a general decree of the Polish Episcopal Conference on the age and qualities of candidates and candidates for a permanent lector and acolyte. These two documents met with great interest of the faithful and the media, as they concern the formation of both priests and lay people, which is an important part of the Church’s activity,” said Fr. Gęskiak. He added that in recent days an updated Polish translation of the Code of Canon Law of 1983 was also published, containing the legal status that has been in force since 8th December 2021, i.e. from the date on which the provisions of the amended Book Six of the Code, containing the provisions of law, entered into force. criminal.

The spokesman for the Bishops’ Conference also recalled that during the year bishops took the floor on important social issues. “The chairman of the Polish Bishops’ Conference, Archbishop Stanisław Gądecki, twice – in October and November – appealed for humanitarian aid to migrants who found themselves in a dramatic situation on the Polish-Belarusian border, and in August announced the Day of Solidarity with Afghans. Bishop Krzysztof Zadarko, chairman of the Council for Migration, Tourism and Pilgrimages, also asked for support for migrants and refugees, ”he stressed. He also recalled that in a special statement on 22nd December, the Permanent Council of the PBC supported the papal call to enable local Churches, including religious congregations and Catholic organizations, to host people who urgently need solidarity from the international community.

On the issue of vaccinations against Covid-19, the bishops had repeatedly made their position clear. “The President of the Bishops’ Conference emphasized in a July statement that vaccination against the coronavirus is an important tool in limiting the spread of infections. Also in the communiqués after the plenary meetings, the bishops repeated their appeals for a prudent decision to vaccinate for the sake of life, health and safety of oneself and others,” recalled the spokesman of the Bishops’ Conference.

Many important problems remained, and still remain, a matter of concern for the Church community. „Issues such as the progressive secularization of society, the decline in religious practices, especially among young people, or the loss of faith, remain the great and extremely important challenges that we will face in the new year of 2022” – emphasized the spokesman of the Polish Bishops’ Conference.

Translation: A. Z. Warchoł / Office for Foreign Communication of the Polish Bishops’ Conference 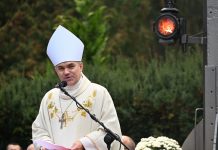 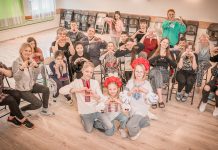 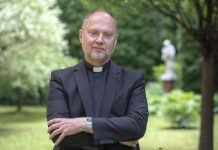