The Pope’s directness, the enthusiasm of the young, and good organization made the World Youth Days in the Dioceses and in Krakow exceed all expectations. We could say that this has been one of the most important events in more than 1000-year long history of Poland. For the first time, a meeting was attended by young people from over 180 countries.

Young “couch potatoes”—these words spoken by Pope Francis, in Italian and Polish, to express the fact that the times in which we live does not need people who confuse happiness with sofa-comfort and laziness. For many, it is undoubtedly easier and more profitable to have stupid and duped young people, confusing happiness with a lounger; for many, that is more convenient than smart young people, who want to respond to all the aspirations of the heart. “I ask you: do you want to be young people who nod off, who are drowsy and dull? Do you want others to decide your future for you? Do you want to be free?—said Pope Francis to the young, twice encouraging them to take matters into their own hands and not to retire at the age 20.

The enthusiasm of faith is a characteristic of the World Youth Days. In Krakow, has not been easy to hear people speaking Polish, because the streets have been filled by singing people from all over the world. Their enthusiasm, smiles and joy were shared by the inhabitants of Krakow, who showed their sense of hospitality by generously in taking pilgrims. At the meetings with the Pope, one could feel the family-like atmosphere. One had the impression that Holy Father Francis was a grandfather speaking with his grandchildren.

The young praised the organization of the World Youth Days. Some participants said that the Campus Misericordiae or “Field of Mercy” in Brzegi was the largest and best prepared infrastructure in the history of WYD. They appreciated the efforts of both the State and the Church, as well as those of the volunteers, in making young people from all over the world feel welcome.

The Polish Bishops, together with young people, are very grateful to the Holy Father Francis for having chosen chose Poland and Krakow for these World Youth Days, which have coincided with the celebration of the 1050th anniversary of Poland’s Baptism and the Jubilee for Young People in the Year of Mercy. The Final Mass was like the sending of sparks of mercy throughout all the world. The young have taken up this challenge with enthusiasm. 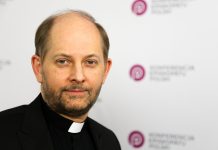 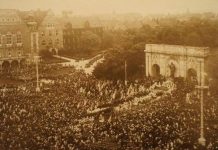