Strona główna Episkopat August 15: the 100th anniversary of the “Miracle on the Vistula” 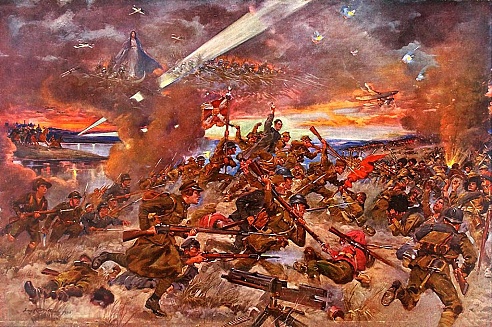 In Poland, the Feast of the Assumption of the Blessed Virgin Mary is connected with the “Miracle on the Vistula”, the victorious moment of the Battle of Warsaw. This year marks the 100th anniversary of this battle, which is considered by international historians as the 18th decisive battle in world history.

Between August 12 and 15, 1920, one of the most significant battles in the history of Europe took place on the outskirts of Warsaw, Poland.

Nearby Warsaw, the Polish army not only defended the independence of the Polish State, reborn after 123 years of captivity, but also stopped the march of Bolshevik hordes on Europe. Saint John Paul II in 1999 during his visit at the Cemetery of War Victims of 1920 in Radzymin said: “You know that I was born in 1920, in May, at the time when the Bolsheviks were heading for Warsaw. And that’s why I have carried in me since my birth a great debt to those who then took up the fight against the invader and won, paying for it with their lives”.

The “Miracle on the Vistula” was an answer for the prayers of the whole of Warsaw and Poland. In the churches the Blessed Sacrament was exposed, people came in crowds to pray day and night: children, women, men, young and old. The Apostolic Nuncio to Poland, Archbishop Achille Ratti, stayed with desperate people in the capital in order to comfort them and pray with them.

Now, on the 100th anniversary of the Battle of Warsaw and the “Miracle on the Vistula”, Poles will thank God for the gift of saving the capital, Poland and Europe. The main ceremonies with the participation of the Polish Bishops’ Conference and Apostolic Nuncio to Poland will take place from 13th to 17th August in Warsaw and on the outskirts of the capital, including Radzymin and Ossów, where 27-year-old Fr. Ignacy Skorupka, chaplain of the Polish Army, was killed by Bolsheviks. And also in Wólka Radzymińska next to the monument at the site of the battle and the appearance of Our Lady – the event which decided the result of the battle.

During General Audience last Wednesday, Pope Francis addressed the Poles reminding this anniversary and blessing Polish nation: “August 15 marks the centenary of the historical victory of the Polish army called the +Miracle on the Vistula+, which your ancestors attributed to Mary’s intervention. May Our Lady grant you, your families and the entire Polish nation an abundance of graces”. 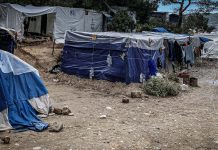 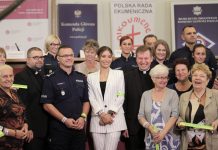 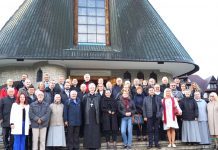