The Church in Poland has actively participated in celebration of the World Day of Migrants and Refugees on Sunday, January 14. In many churches throughout the country there were masses celebrated according form “For Refugees and Exiles”. The Polish Bishops’ Conference appealed to the faithful to engage in specific assistance to migrants from the Middle East and Ukraine. There are 1.5 Million Ukrainian refugees living in Poland.

During the press conference in the seat of the Polish Bishops’ Conference on January 15, Archbishop Stanislaw Gadecki, President of the Polish Bishops’ Conference, reminded the words of Pope Francis and the teaching of the Church, according to which, every migrant should be respected but he should also respect the country, to which he comes. He stressed also the key words of the Message of the Pope for the World Day of Migrants and Refugees: “welcoming, protecting, promoting and integrating” migrants and refugees.

Primate of Poland Archbishop Wojciech Polak reminded on Sunday, January 14, – after Pope Francis – that every exile and refugee knocking on our door is “an opportunity to meet Jesus”. “To the mother’s love of the Church, to love of all of us, God entrusts Poles living outside of Poland; He entrusts everyone who comes to us from Ukraine; He entrusts those who, being refugees, need our help and care. All this, that we, as Pope Francis points out to us, according to the most important commandment of God, learn to love one’s neighbor, the other, like himself”- said Archbishop Polak. Earlier that day Archbishop Polak met with the family Salloum from Homs in Syria, which has been living and working in Olawa, in Poland, for three years.

Bishop Krzysztof Zadarko, chairman of the Council of the Polish Episcopate for Migration Tourism and Pilgrimages, noted on Sunday that the reluctance towards newcomers, present among many Christians, results from the scale of migration and the simplifications in the public debate. He said that the Church’s teaching is very concrete: one should give refugees a shelter, but when a refugee becomes a migrant, we have the right to require a clear declaration from him: “If you want to stay here, to live among us, you have a duty, enjoying the privilege of hospitality, to respect our culture, law and customs” – said Bishop Zadarko.

Cardinal Kazimierz Nycz, Metropolitan of Warsaw, explained during the Sunday Mass that the issue of refugees is becoming an increasingly difficult problem, because the local phenomenon, associated with wars in a given corner of the world, is now becoming a global problem. This is due to the unequal distribution of wealth that the world has at its disposal, the overpopulation of some areas of Africa and Asia. This problem is developing and it does not look like it could end soon. It will always be a challenge for us.

Fr Marcin Iżycki, Director of Caritas Polska, stated during the press conference at the seat of the Polish Episcopate on January 15: “There are six help centres for refugees in Poland. Last year we helped 6,000 refugees in the country, half of them were children”. He also reminded the program “Family to Family” of Caritas Polska, in the frame of which already 17.000 Poles help 9.000 families in Syria and Lebanon. 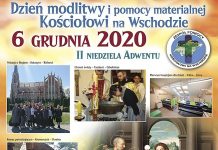 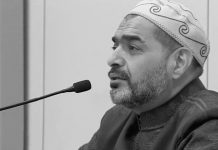 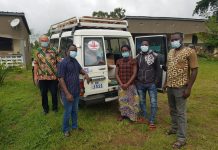