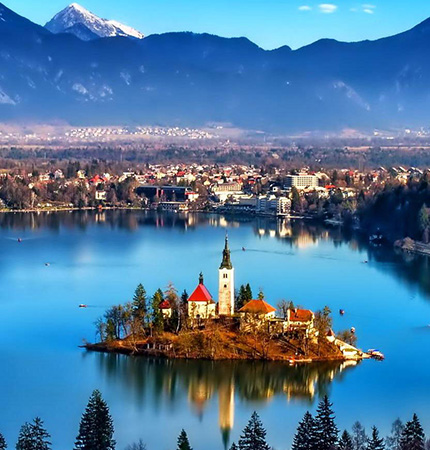 Slovenian Bishops’ Conference (SBC; Slovene: Slovenska škofovska konferenca, SŠK) is the supreme authority of the Roman Catholic Church in Slovenia, which combines all the bishopsof Slovenian dioceses and archdioceses: Archdiocese of Ljubljana, Archdiocese of Maribor, Diocese of Koper, Diocese of Novo Mesto, Diocese of Celje, and the Diocese of Murska Sobota. SBC territory coincides with the borders of the Republic of Slovenia.

A Conference of Bishops of a nation or territory in mutual unity, a hierarchical relationship with the Roman Pope, and in accordance with the Code of Canon Law (kann. 447–459), statutes and other legal norms exercise a pastoral office in this territory well-believers. Bishops’ Conference is usually up to the successful implementation of the ministry and pastoral tasks in the area of all the dioceses of the same nation, but also for wider or narrower range than the national territory.