The week started with the celebrations of the Solemnity of Our Lady of Czestochowa at Jasna Góra which is the spiritual capital of Poland, visited every year by more than four million people. This year the walking pilgrimages to Jasna Góra have increased compared to the previous year.

The next day, the Permanent Council of the Polish Bishops’ Conference held its session at Jasna Góra after which the document on the sexual education and the responsibility of parents was issued.

Thereafter, the session of the Council of Diocesan Bishops was held with the participation of Archbishop Sviatoslav Shevchuk. The President of the Polish Bishops’ Conference and the Head of the Ukrainian Greek Catholic Church signed the Position “In Love And In Truth” on the will to continue the dialogue and the desire for deeper reconciliation. In the document, they expressed hope that St. John Paul II will be proclaimed the patron of Polish-Ukrainian reconciliation. 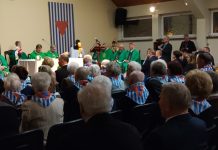 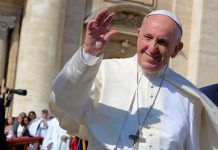